The Competitive Self-Help Industry is constantly being reviewed. Thousands of content creators share pros and on of the gurus around the world. The primary question asked is “Are they gurus or cons.

Believe it or not, the answer is far more complicated than the advice these gurus provide. One group would have you push will the other group wants you to pull. Remarkable!

The review will take a look at 5 renowned individuals in the Self-Help Industry. For the purpose of this review, we will discuss reviews of the following: Richard Carlson, Sonja Lyubomirsky, Tony Robbins, Barbara Sher, and Eckhart Tolle.

Each of these individuals are at the top go their game and realizing millions in revenue each year. So our question becomes “Is it all for the money?” We will see!

My first question – Is it okay to rank someone whose not available to bless the critic? Well I hope so, all the gurus here are world acclaimed. With that said, let’s take a look at our high ranking gurus on the internet.

First we have Richard Carlson, 1961 – 2006, who was one of the foremost experts in happiness and stress reduction in the United States and around the world. He wrote “We tend to have the belief that if we were somewhere else, on vacation, with another  partner, in a different career, a different home, a different circumstance – somehow we would be happier and more content. We wouldn’t!

Carlson struck a revolution with his book, was Don’t Sweat the Small Stuff and it’s all small stuff: Simple Ways to Keep the Little Things From Taking Over Your Life. According to Piero Scaruffi, “Carlson thinks that every act of perception specifies both a perceiving self and a perceived object.”

Carlson grounded his theories in sort of scientific approach. He offers the theory that consciousness is only utilized for learning and once learned, it becomes routine. Thus holding that our minds have a “self” is an organic feature.

Second in line is Sonja Lyubomirsky, a distinguished professor at University of California and author of “The How of Happiness: A New Approach to Getting the Life You Want”. Lyubomirsky made an introduction to the science of happiness and helping others apply the science to work.

Lyubomirsky produced her own groundbreaking research with thousands of men and women, research psychologist and has pioneered a detailed yet easy-to-follow plan to increase happiness in our day-to-day lives-in the short term and over the long term.

At Kirkus Reviews, Lyubomirsky was noted for her “addressing the situations or conditions in which adults are most likely to encounter setbacks: relationships, work/finances and middle to old age.” Lyubomirsky’s have the belief and research centered around the ability to find positives in any situation and you can bounce back if you choose.

In Scott Crabtree’s review of Lyubomirsky’s book, he stated that he “thought it was amazing: real, solid science on how to be happier, which results in numerous benefits including resilience, productivity, and health.” Like Carlson, Lyubomirsky too had science based theories.

In addition, Lyubomirsky shares five secrets to sustainable happiness, and closes with a postscript on depression and its implications for happiness. 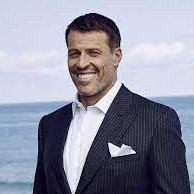 Next up on our list is Tony Robbins, who has blown up the market with his self-help content. There are approximately twenty-five (25) titles offered by Tony Robbins. Monetized content is Robbins’ claim to fame. Each of Robbin’s titles is as powerful as its predecessor.

Unlike the others in this review, Robbins remains the most criticized guru in the public domain. Author Noah Kagan, in his review, claims that he doesn’t hate on Robbins or his followers. Kagan, like others, question why Robbins never bring up “the negative experience” when suggesting his theories.

Mia Doring refers to Robbins as a “raging self-help narcissist”. Doring implies that Robbins feeds off of the crowd’s energy and hype is a part of his show. Robbin’s way of talking to his audience is rude and vulgar; however, he claims that it aids the followers to open up and realize his truth. He empowers his followers to take a stand in the immediate. Interesting!

Nonetheless, while the feelings of shyster ism is in the air among st reviewers, Robbins is a star among is galaxy of followers he commands.

Fourth on our list is Barbara Sher, 1936 – 2020, who was hailed for her non belief in self-improvement. Sher’s approach was through a buddy system, not unlike alcoholic anonymous group sessions. She urged participant to engage in verbal combat to release their tensions.

Sher brought the fight to chauvinism and self-doubt through her company Women’s Success Teams. She used her book “Hard Times, or The Power of Negative Thinking”, which mocked the self-help writings of that era.

Sher helped a lot of women throughout her time as a motivational speaker, lifestyle coach, and mentor. Anne Baker conducted a review of Sher’s work, in which her approach was to help her followers identify their personal ‘good life’. The question was “what’s broken in you?”

Awareness of one’s path is gained through Sher’s works. Baker closes her review stating “unless you truly commit the time, energy and emotional effort required for in-depth self exploration and creative visualization, you may miss the most meaningful and rewarding options.”

Eckhart Tolle is the last ‘top fiver’ on our list. The philosophy in his writing are on the absolute opposite of our four other gurus. His writings are steeped in religion. Apparently, there is an audience that subscribes to his message. “The Power of Now: A Guide to Spiritual Enlightenment 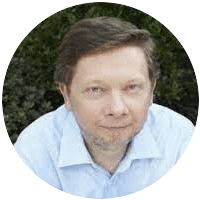 ” subscribes to living in the now as the bona fide path to happiness and enlightenment.

Sharon Flesher reviewed Tolle’s work in1999, where she appears to be favorable to Tolle. The reviewsspeak as if Tolle has defined enlightenment in some masterful, yet profound manner. Tolle’s definition proclaimed that “it is simply your natural state of felt oneness with Being ….” What does that even mean?

While similar ideologies are taught in yoga, mediation sessions, and other spiritual books. Tolle appears to have taken two systems and merged them under a religious banner. It is difficult finding a premise for Tolle’s depiction of enlightenment. In essence, he created his theories out of the thin air. Or it would appear!

Competitive Comparisons Are Not Always A Bad Thing

I absolutely find that there are pros and cons to several of gurus listed about. However, in the case of Tolle, I’m a long way from being convinced. And while he rated in the top five, I am beginning to question my sources.

Nonetheless, each of these gurus possess a type of magnetic draw to their followers. Not to say that a follower couldn’t subscribe to another philosophy. For example Carlson and Lyubomirsky are almost interchangeable. The similarities within the two philosophies are striking.

Robbins and Tolle’s philosophies appear to be polar opposites. Robbins, with his vulgar language, would most definitely stand in contempt of a man preaching God as a relative part of his belief system and teachings.

Now Sher, on the other hand, is in a category all by herself. She does have the belief in self-improvement; instead, treats the situation as a disease (like alcoholism or drug abuse). Apparently, it is a popular tactic that has gained a massive following.

What Is The Cost Of Healing?

Looking at the table below, books prices are about average in range. In the Seminar and workshop categories, there was no data readily available for Lyubomirsky. Robbins and Tolle really place value on their time. And to the masses, they are worth every dime.

There Are No Guarantees In Life

There are no guarantees in this line of work. Hell, it’s difficult to get a refund for any of the remaining gurus live events. While you will here numerous promises and antidotes, but that’s far from promises kept. Moreover, if you’re will to make the required sacrifices, you achieve what you seek.

But that’ still no guarantee!

Do We Have A Clear Winner?

Pronouncements are really not in my wheelhouse! However, if you are interested in growing your personal wellness, the works of these five gurus is definitely a place to start. A little more research, a feel for each philosophy, and a prayer may get you on the best path for you.

We’ve look into five different philosophies and weighed the variations. We’ve read what others had to say about these self-help gurus. Now answer the following questions and be on your way:

If your answer is ‘YES’ to any of these questions, then by all means go for it. Of course, my answer is yes to all four questions.

If we keep our minds right, we can keep our bodies tight!

And I close out by saying, we need what we need!

Subscribe to our newsletter to receive activities, events, and updates. Information is free, come enjoy some with me.

Join me and let us make sense of it all!

If you have not done so already, please read the previous topics to benefit from the information. Feel free to reach out in the space below. I welcome the opportunity to have a discussion with you.

To your success and growth,